Save Money by Knowing Lotto Numbers to Avoid

Lotto players who select their lottery numbers thoughtlessly or foolishly are destined to lose even before the drawing takes place.
By knowing which number combinations and patterns to avoid, you’ll have an advantage over such players—and save money, too.

AVOID NUMBER COMBINATIONS THAT HAVE BEEN DRAWN BEFORE

Many players like to bet the numbers that have won someone else a big jackpot, and
by doing so, they are almost guaranteed NOT to win one themselves. In Fantasy 5,
with seven drawings a week, a set of five numbers has a chance of being drawn once
every 1,581 years. This should also answer the question we are so often asked,
«Shouldn’t I keep playing the same set of numbers every week because they are due
to hit sometime?»

Never choose all five numbers from one number group, such as all single digits, or
all teens, or all 20’s, etc. All five winning numbers drawn from one group is
highly unlikely.

The most popular set of numbers most often played is: 1-2-3-4-5. Thousands of
tickets are bought with this combination every drawing. The selection
is too far out of balance to come up in a random drawing.

Pattern betting is an even more popular method of marking bet slips. Patterns of
numbers marked in a row to make a straight line, either across the bet slip
vertically or diagonally get heavy play—which means sharing the prize with
others if the numbers are drawn as winners. Other designs such as patterns of
initials or numbers or crosses also get heavy play.

Many people like to play same last digits, such as 3-13-23-33, or all digits that
end in seven, or some other favorite lucky lottery number. Even four same last digits occur
in less than two-tenths of one percent of all drawings. Winning sets of numbers
with no more than one repeated last digit represent nearly 90 percent of all
drawings.

The majority of Lotto players like to play the calendar numbers, such as birth
dates and anniversaries—and their children’s ages. This means that the most
heavily played numbers are 1 through 31. Fantasy 5 has 39 numbers. If you play
only the calendar numbers, you might be sharing your jackpot with dozens of other
winners. It’s not to say that you shouldn’t play your personal numbers if you feel these lucky numbers are good to play. But we recommend that you include a couple of high
numbers so that just in case your numbers do hit, you win a prize that’s worth
something.

Quick Picks are used by lazy people who want to be in the action without putting
any effort into winning. When you read articles about jackpot winners, it appears
as though they all used either Quick Picks, birth dates, or their children’s ages.
The vast majority of people do play that way. If the majority of tickets sold are
Quick Picks, then it makes sense that the majority of jackpots won should be won
with Quick Picks. However, when you see the actual statistics, as we did, you’ll find that you have
a better chance of winning by picking numbers randomly out of a hat than by using
Quick Picks.

Balanced Wheeling Systems allow you to bet a large group of numbers (more than 5), play scientific combinations of that group of numbers, and get a specific minimum win guarantee.
Balanced Wheels force all the winning numbers that are in your group to come together to give you at least one prize if some or all of the winning numbers are in your chosen group.

It’s true that the more numbers you wheel, the easier it is to trap the winning
numbers in your chosen group. But to get the most leverage for your money, the optimum
number of numbers to wheel is not more than four or five numbers over HALF the numbers
in your game. That means wheeling not more than about 25 Fantasy 5 numbers.
Otherwise, you’ll be spending MORE money chasing a SMALLER guaranteed prize.
You benefit more by wheeling a carefully selected group of numbers.

Any one wheeling
system that covers ALL the 39 numbers in the California Fantasy 5 game is too spread out, making the win
guarantee not worth the wager. There are smart ways to wheel all the numbers in
the game by using Trap-by-Overlap and other wheeling strategies covered on pages
137 to 142 in Gail Howard’s lotto book, Lottery Master Guide.

Most of Smart Luck’s lottery winners used a Balanced Wheel
in addition to her Smart Luck number selection methods. You can use a FREE interactive Balanced Wheel System that won
multiple jackpots. Read about our lottery winners, too. And
when you win a jackpot with Smart Luck lotto systems, tell us about it so you can be added to Gail Howard’s
growing list of winners. If you don’t want your name publicized, we will honor
that.

How to Get Lucky in Lotto

CASH IN ON THE LUCK OF OTHERS

When you form a Lotto pool, your group is also pooling its aggregate luck. A
jackpot could happen because of the luck just one member brings to your pool.
Select your partners carefully. Share your luck with winners, not losers. Avoid
negative people. Not only are they unlucky, but they dampen enthusiasm and drain
energy from others. You want to enhance your own luck, not dilute its strength. One
quick way to tell winners from losers is simply to ask them: «Do you think you
are a lucky person?» Many people quickly admit, «I’m unlucky. I never win
anything.» They won’t bring good luck to your group either. 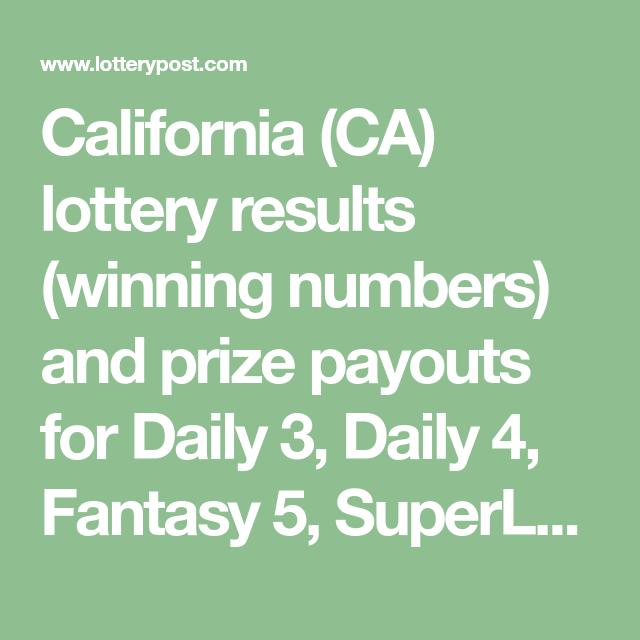 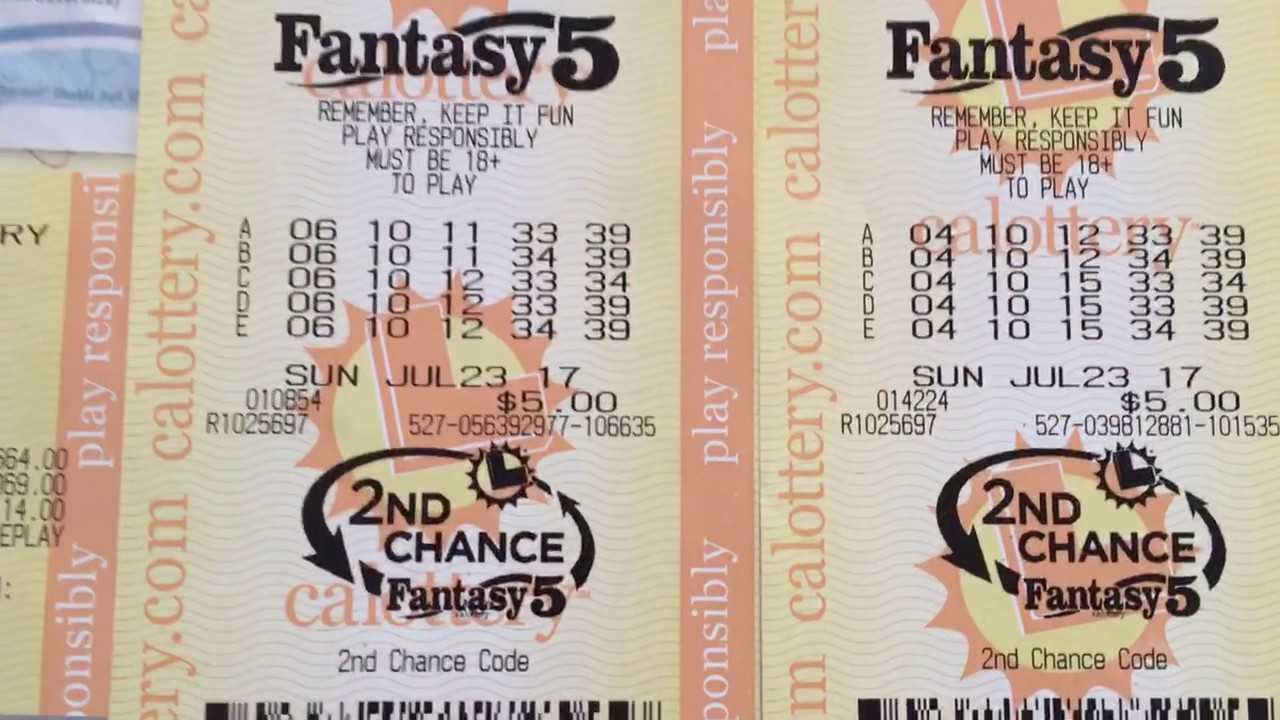 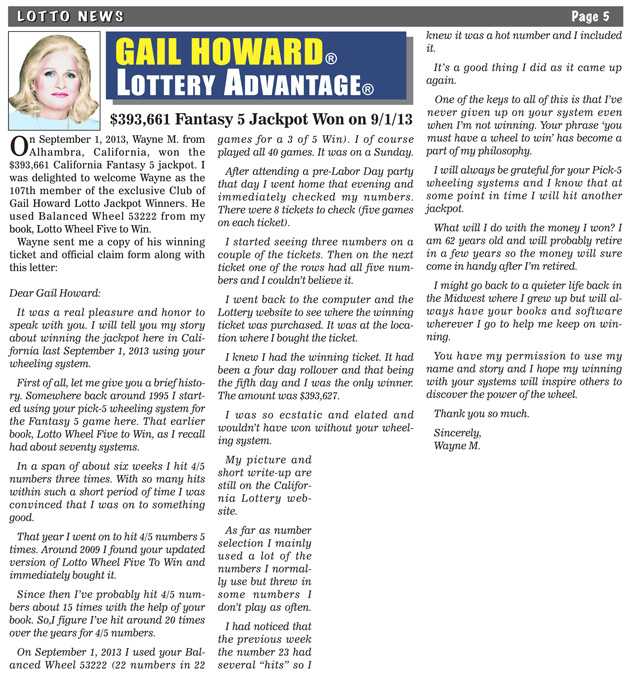 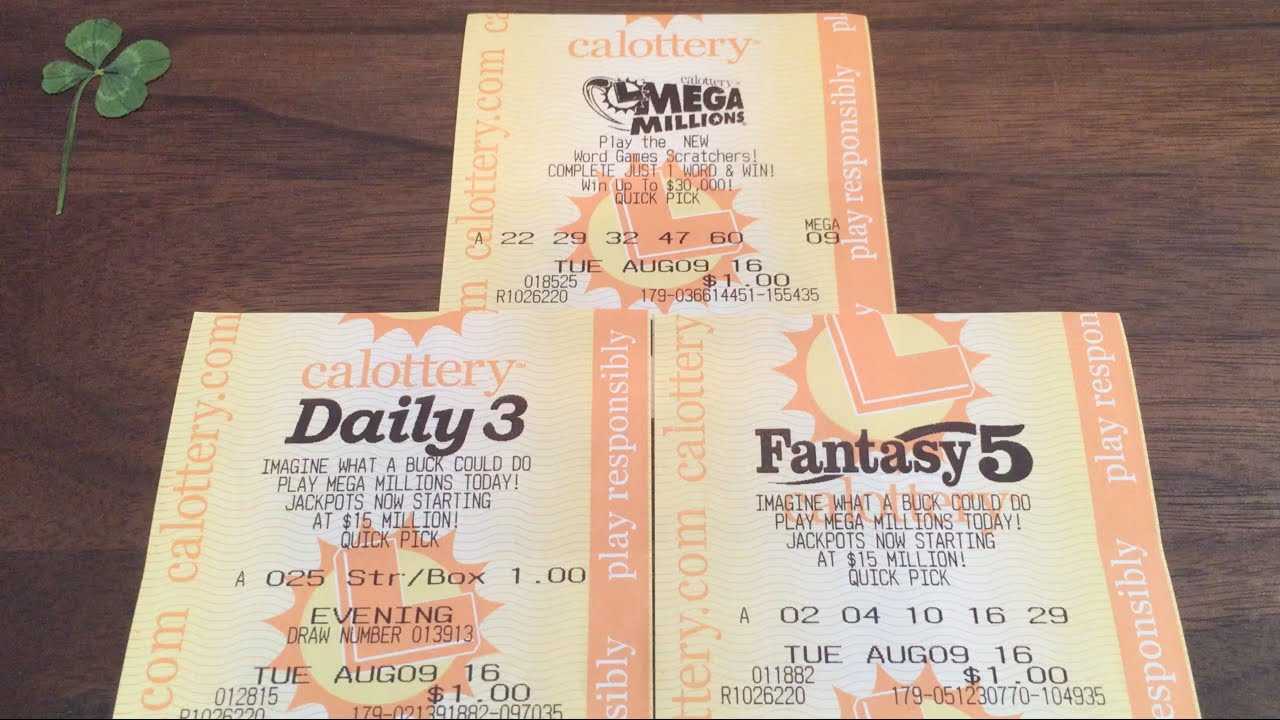 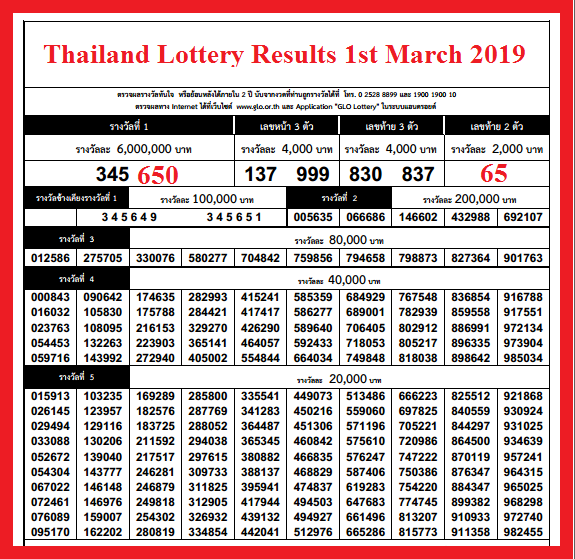 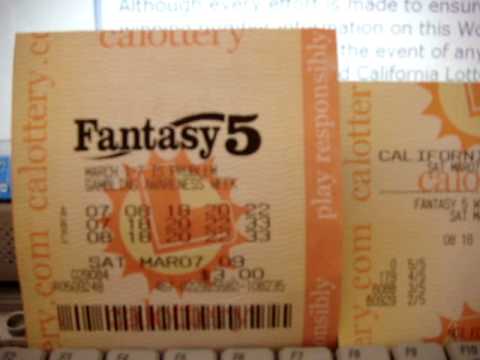 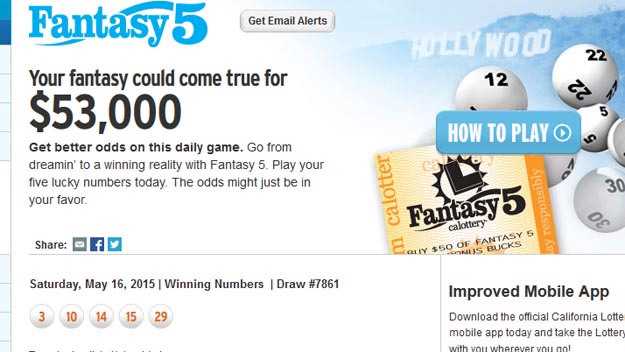 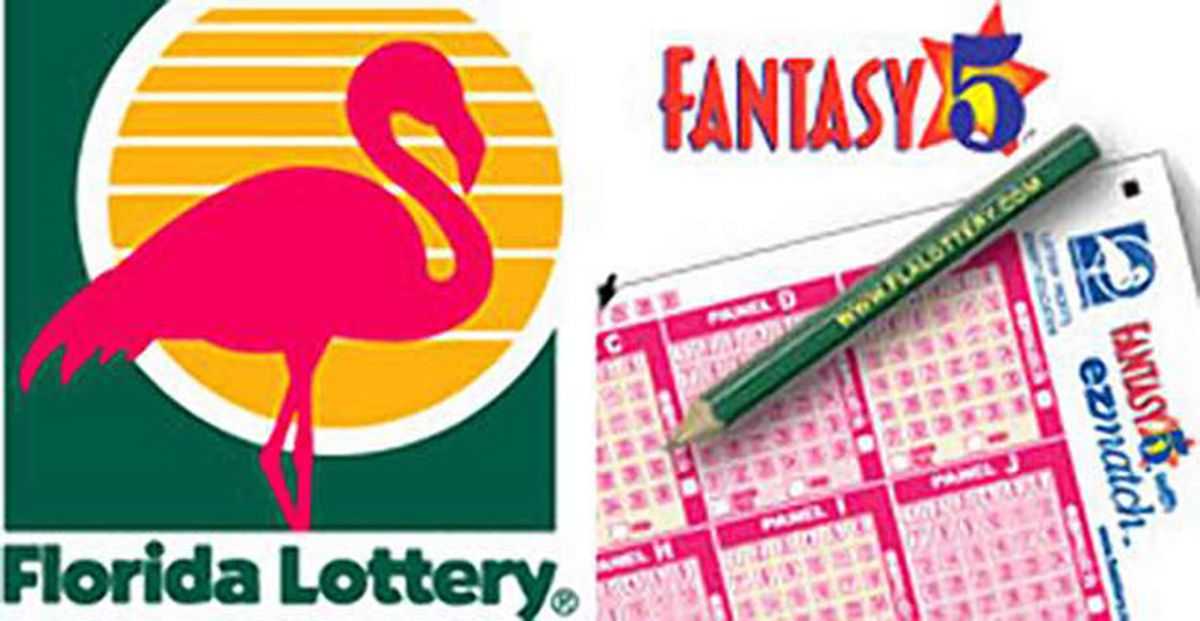 CASH IN ON A POSITIVE ATTITUDE

No one should play games of chance out of desperation because they need the
winnings. The needy have a greater fear of losing the hard-earned money they gamble
with. It is just one of life’s dirty tricks that the very fear of losing blocks the
winning forces. Thoughts are charged with energy, especially when triggered by
emotion. Fear attracts exactly that which one fears. A strong desire for a goal
that is charged with positive energy, attracts a positive response, especially when
every effort is made to attain that goal.

How to WIN California Fantasy 5 Lotto

When you select your lotto numbers, try to have a relatively even mix of odd and
even numbers. All odd numbers or all even numbers are rarely drawn, occurring less than
3 percent of the time. The best mix is to have 3/2 or 2/3 which means three odd and
two even, or two odd and three even. One of these two patterns will occur in
67 percent of the drawings.

Winning numbers are usually spread across the entire number field. If we take a
number field and cut it in half, we have the low half and the high half. In a
39-number game, numbers 1 to 20 would be in the low half, and numbers 21 to 39
would be in the high half. All high numbers or all low numbers are rarely drawn, occurring
only 3 percent of the time. The best mix is to have 3/2 or 2/3 which means three
high and two low, or two high and three low. One of these two patterns will occur
in 67 percent of the drawings.

Look at a list of past winning numbers for CA pick-5 lotto, and you’ll see,
more often than not, that one or more of the number groups is not represented. For
example, in the combination 5-8-14-17-32, there are no 20’s. Tracking and studying
Number Groups can help you decide which group to omit and which group to give extra
heavy play.

List the number of games skipped (games out) since the last hit (win) for each of
the winning numbers during the last five games. Then mark the number of times each
skip occurred. If any skip from 0 to 5 did not occur, play the Lotto numbers that
are out that many games. (Help working with lotto games skipped.)

After you choose five numbers you want to play, add them together and make sure
that the sum of the five numbers adds up to somewhere between 75 and 125. Sums that
fall within that range will account for over 70 percent of all lottery jackpots won.

In Fantasy 5, on average, one lottery number will be a repeat hit from the last drawing every
other drawing or 53 percent of the time.

It is difficult to know when a cold number will end a long losing streak. If you play a
number every drawing because you think it is due, you could be chasing it
for many months. (Number 45 in New York Lotto sat out 100 drawings before it
finally hit.) Although, when a number has been out for 70 games or so, it might be
worth chasing.

Lottery numbers are randomly drawn. But randomly drawn numbers form patterns
that can be tracked and used to our advantage. Having carefully analyzed all the
drawings in past lotto results of more than 200 different lotto games worldwide, with
histories going back as far as 1955, we have verified the following incredibly
simple rule: